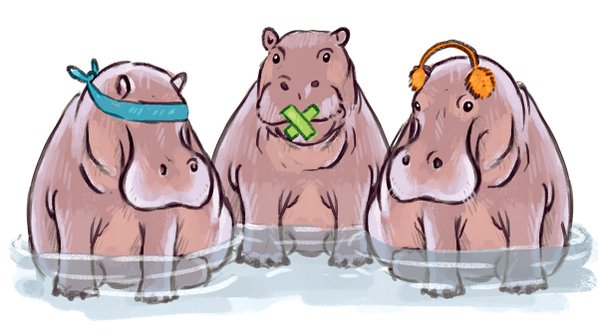 While HIPAA protects patients’ confidential health information, the federal law does not prohibit health care providers from sharing information with family, friends or caregivers unless the patient specifically objects.

How do people use, misuse or abuse HIPAA, the federal regulations protecting patients’ confidential health information? Three anecdotes from the past few years: (HIPAA Compliance Simplified)

• Patricia Gross and a close friend had taken refuge in a cafe at Brigham and Women’s Hospital in Boston, where Gross’ husband was dying of cancer. She was lamenting his inadequately treated pain and her own distress when a woman seated at a nearby table walked over. (Compliance without passwords)

“She told me how very improper it was to be discussing the details of a patient’s treatment in public and that it was a HIPAA violation,” Gross said. This happened several years ago.

• In a continuing care retirement community in Ithaca, N.Y., Helen Wyvill, 72, noticed that a friend hadn’t shown up for their regular swim. She wasn’t in her apartment, either.

Had she gone to a hospital? Could friends visit or call? Was anyone taking care of the dog?

Questions to the staff brought a familiar nonresponse: Nobody could provide any information because of HIPAA. This happened in June.

“The administration says they have to abide by the law, blah, blah,” Wyvill said. “They won’t even tell you if somebody has died.”

• Ericka Gray repeatedly phoned the emergency room at York Hospital in York, Pa., where her 85-year-old mother had gone after days of back pain, to alert the staff to her medical history. “They refused to take the information, citing HIPAA,” said Gray, who was in Chicago on a business trip. This was in 2012.

“I’m not trying to get any information. I’m trying to give you information,” Gray told them, adding that because her mother’s memory was impaired, she couldn’t supply the crucial facts, like medication allergies.

By the time Gray found a nurse willing to listen, hours later, her mother had already been prescribed a drug she was allergic to. Fortunately, the staff hadn’t administered it yet.

Each scenario, lawyers say, involves a misinterpretation of the privacy rules created under the Health Insurance Portability and Accountability Act. “It’s become an all-purpose excuse for things people don’t want to talk about,” said Carol Levine, director of the United Hospital Fund’s Families and Health Care Project, which has published a HIPAA guide for family caregivers. The PDF can be viewed at uhfnyc.org/assets/1073.

Intended to keep personal health information private, the law does not prohibit health care providers from sharing information with family, friends or caregivers unless the patient specifically objects. Even if he is not present or is incapacitated, providers may use “professional judgment” to disclose pertinent information to a relative or friend if it’s “in the best interests of the individual.”

HIPAA applies only to health care providers, health insurers, clearinghouses that manage and store health data, and their business associates. Yet the last time I wrote about HIPAA, a California reader commented that she’d heard a minister explain that the names of ailing parishioners could no longer appear in the church bulletin because of HIPAA.

Wrong. Neither a church nor a distraught spouse is a “covered entity” under the law.

In June, Rep. Doris Matsui (D-Calif.), co-chairman of the Democratic Caucus Seniors Task Force, who has heard similar complaints from constituents, introduced legislation to clarify who can divulge what and under what circumstances. The proposed bill would require the Department of Health and Human Services, which last year issued new HIPAA “guidance,” to make that statement part of its regulations and to create model training programs for providers and administrators, patients and families.

“A lot of times it’s just misunderstanding what is and isn’t allowed under HIPAA,” Matsui said.

Family members can provide information, as Gray attempted to do. “How does keeping information confidential stop you from listening to someone?” said Eric Carlson, directing attorney for Justice in Aging, a legal advocacy group in California. “There’s no HIPAA privacy consideration there.”

An assisted living facility or nursing home can report a death. It can also give someone’s general condition and location, assuming the patient remains within the facility. And if, as Wyvill suggested, residents ask administrators to keep a list of those who want their neighbors to know they’ve gone to a hospital, that’s perfectly legal under HIPAA.

The law gives providers flexibility in disclosing information in the patient’s interest, but it doesn’t require them to. Clinton Mikel, chairman of an American Bar Association group on electronic records and privacy, said that providers sometimes decided, “We could, but we’re not required to, and we think this situation is a mess, so we’re going to exercise that option.”

A caregiver’s strongest defense, Mikel said, is to be the patient’s personal representative — a health care proxy or guardian, or the person entrusted with power of attorney — or to have the patient authorize the release of information. In such cases, providers must comply.

HIPAA doesn’t require patients to give consent in writing. They can verbally ask that a relative or friend receive information. Facilities may legally demand a signature on a form, nonetheless, and many do.

Patients can complain to the Health and Human Services Office for Civil Rights, which lately has intensified enforcement of many aspects of the privacy rules, Mikel said. Still, the civil rights office “is not in the gotcha game,” he said. The office generally tries to resolve complaints by fixing problems, not levying penalties. Staff members’ fears of the consequences of an unintended HIPAA violation are probably overblown.

“Do I see it going after a health care provider for disclosing something to a family member in good faith? I don’t,” Mikel said. An assisted living staff member or hospital aide isn’t likely to lose a job.

Your email address will not be published. Required fields are marked *